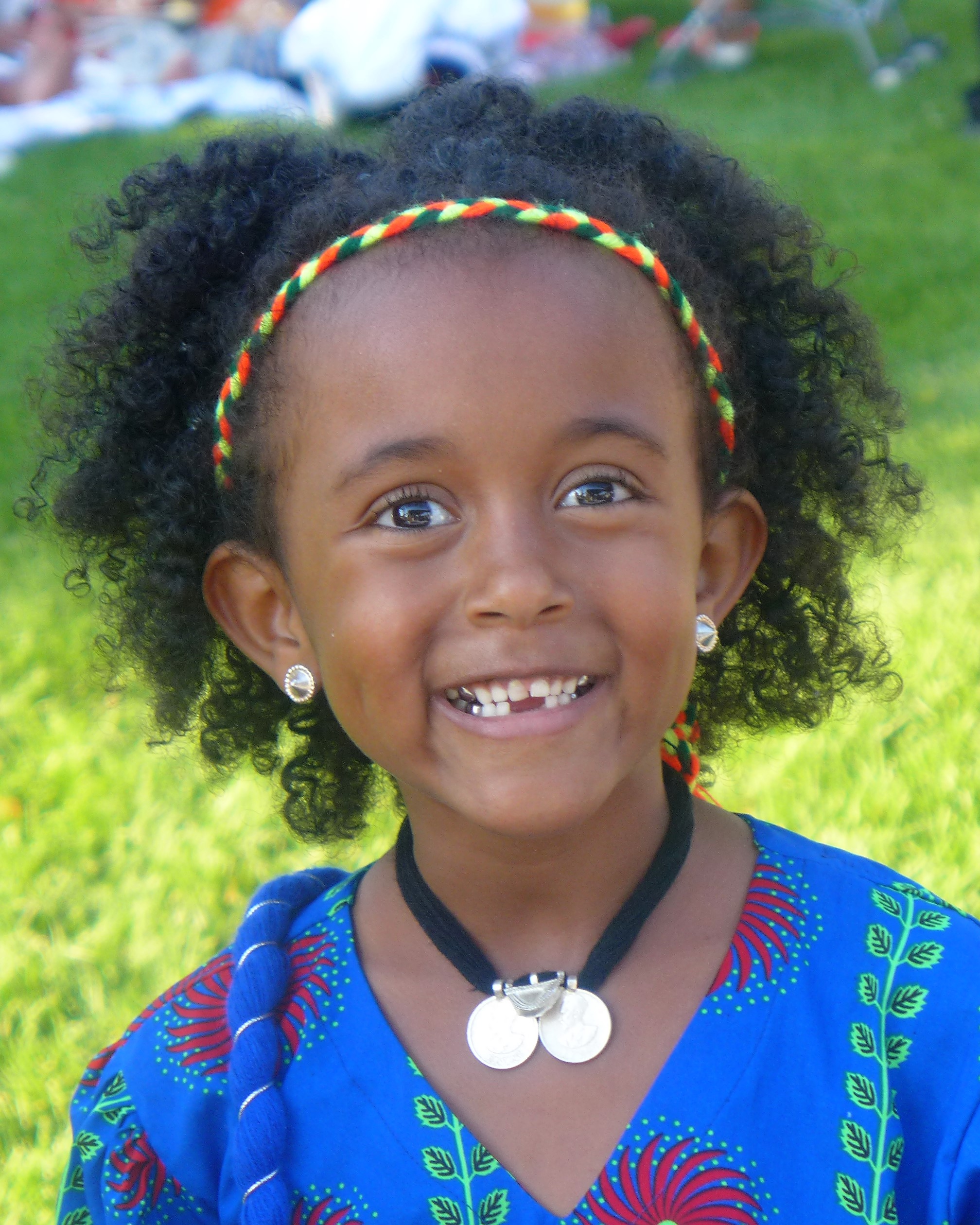 Denver Sister Cities/Axum is celebrating its 25th anniversary this year.  It was established in 1995 when Daniel Yohannes (then President of Colorado National Bank and most recently the US Ambassador to the OECD) approached then Mayor Wellington Webb about building ties between Denver and Axum through the Denver Sister Cities program.  Since that grand beginning, many RPCVs from Ethiopia and Eritrea have been active members of the committee.

Ambassador Yohannes led a delegation of dignitaries to Axum, among them the Vice President of United Airlines leading to an alliance between United and Ethiopian airlines and a pathway to the Star Alliance group.  It was during this visit to Axum, welcomed by Ethiopian Orthodox priests, that the joint committees inaugurated the major street facing the Axum Obelisk, to be named after the city of Denver. The following year in 1996, through the efforts of Mayor Webb and Councilman Hiawatha Davis, the committee inaugurated the City of Axum park located on Martin Luther King Blvd.

Caption:  Murals on a building in the City of Axum Park in Denver 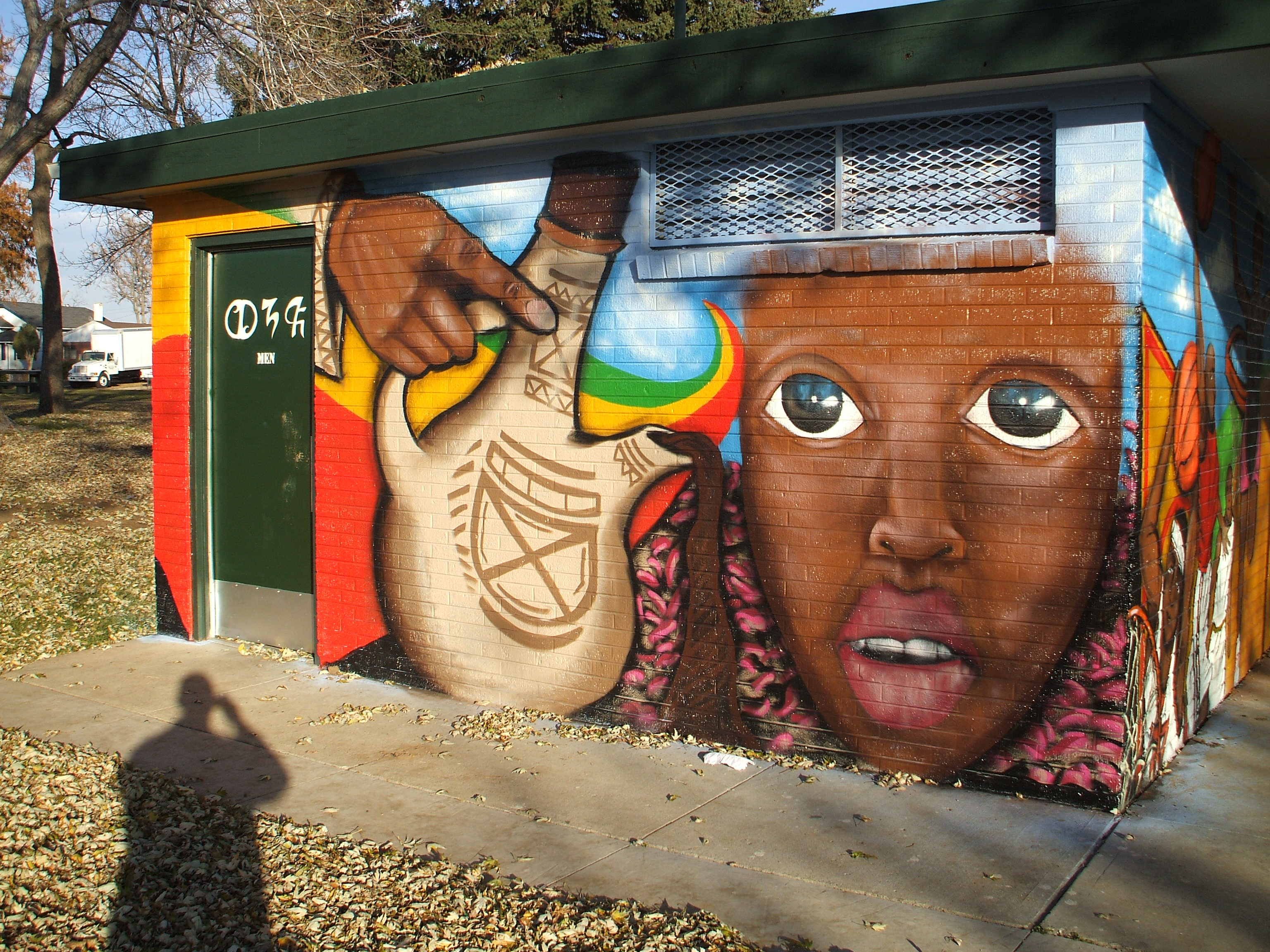 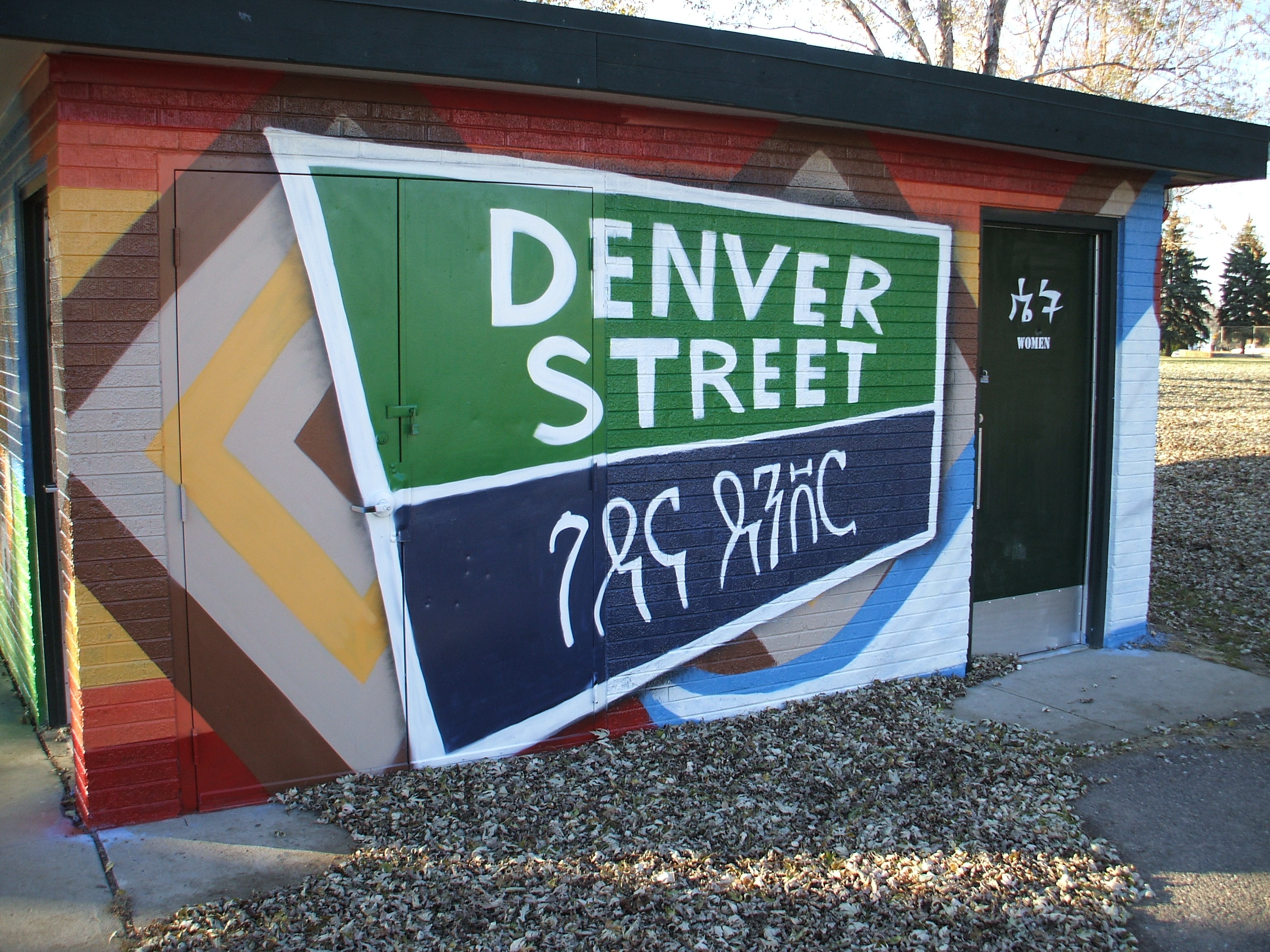 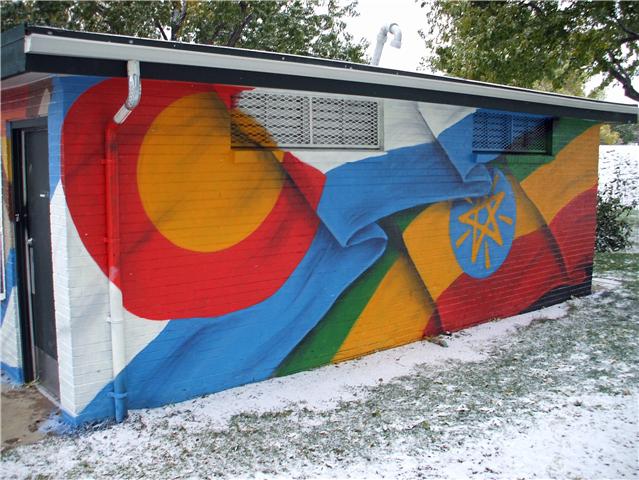 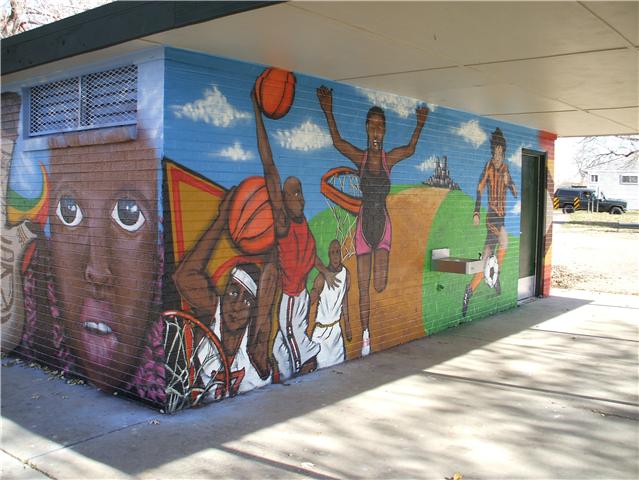 RPCVS have played a major role in this relationship and continue to be active.  Gloria Curtis has been a lifelong member and Chuck Kreiman is the current chair of the Axum committee in Denver.  David Landis has been actively involved in making travel planning for DSCI trips to Ethiopia.  Janet Lee chose Axum as her place of service during her Fulbright Scholar award because of the Denver Sister City partnership.

Photos from Ashenda Festivities at Axum Park in Denver