Research indicates that children learn a second language better if they have a strong foundation in their mother tongue.  This theory is what brought Ben Rearick (Mendida, 2013-2015) and Janet Lee (Emdeber 1974-76) together in pursuit of first language publishing. They don’t remember who found whom, but think they can trace it back to Ben finding materials left at the Peace Corps office in Mekelle by Janet and her colleague, Anne Pellowski, after conducting several cloth book workshops in Addis and Mekelle in 2012. Ben conducted his own cloth book workshops and posted on Facebook. Ben did introduce Janet to his colleague Mezemir Girma, founder of the Ras Abeba Aregay Library and Bookstore in Debre Birhan.  Mezemir is the Ethiopian liaison to the African Storybook Project (ASb) (http://africanstorybook.org).

Drawing on their mutual interests in first language publishing, Ben and Janet submitted a proposal for a poster to AfLiA (African Library & Information Associations & Institutions) conference in Yaounde, Cameroon in May 2017, where they actually met.  Following up on a successful conference, they proposed a similar poster to the American Library Association annual conference in Chicago in June 2017. 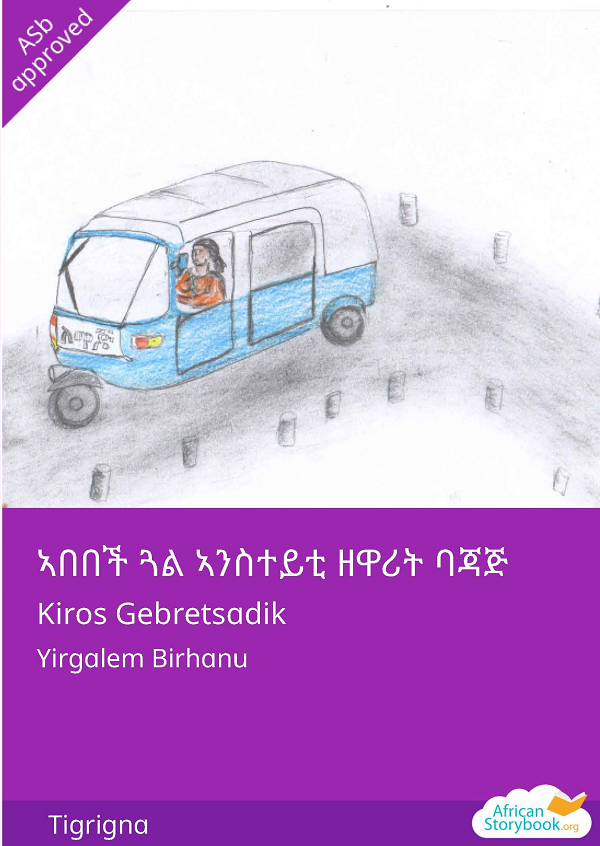 Soon thereafter, Janet was awarded a Fulbright Scholar award to the University of Aksum, in Axum.  She also received a grant from the International Library and Cultural Exchange Interest Group of the Colorado Association of Libraries to conduct a workshop on ASb at the Ras Abeba Aregay Library.   In November 2017, Janet traveled to Debre Birhan where she was welcomed by Mezemir Girma.  The two day workshop was a great success out of which a book was commissioned by the grant.  The storyline was based on the premise of a young girl becoming a Bajaj driver (the first and only female Bajaj driver in Debre Birhan). Read Abebech the Female Bajaj Driver. It has been translated into seven African languages. As of May 2020, out of the 7,293 titles on ASb, 112 are in Amharic, 52 are in Afaan Oromo, 33 are in Tigrina, and 2 in Wolaita.

The following May, Mezemir and Janet met at a Global Digital Library launch, where she was introduced to Dorcas Wepukhulu from ASb.  This encounter turned into a follow up workshop in Debre Birhan, where nearly a dozen more books were created and posted to the ASb platform.

Ben and Janet continue to collaborate. A follow up session was scheduled for the American Library Association conference for June 2020 in Chicago on first language publishing, but the entire conference was cancelled due to the COVID-19 pandemic.  Planning is ongoing for 2021. 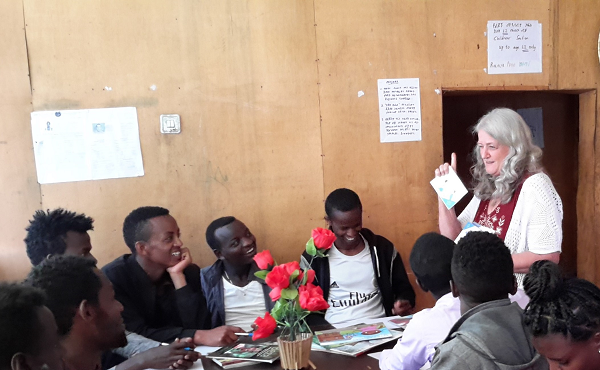